MATERIA SECUNDA follows the historical traces of Central European plaster cast collections, thereby devoting itself to a cultural heritage that is widespread yet little-known in Europe and North America. It sets out in search of locations where casts and models have been manufactured, stored, and presented, not only showing public collections at museums and universities, but also taking a look behind the scenes in depots and workshops.

The title refers to the Aristotelian term for "formed matter", in contrast to "universal primal material" (materia prima), and explores the relationship between the sculptural original and its plaster copy.

Christoph Linggs photographic images capture the magical, sometimes slightly quirky, atmosphere around the figures made of plaster, letting them enter, in the form of portraits, into a dialogue with the viewer. Danica Beylls passages span a historical arc starting with the establishment of the first plaster collections in various European royal courts, over several centuries of varying degrees of appreciation for them, up to current developments  spicing up the "grand narrative" with "little anecdotes from collections' treasure troves.

The book is presented in a handmade design binding made of linen with an integrated display case for a small plaster cast. 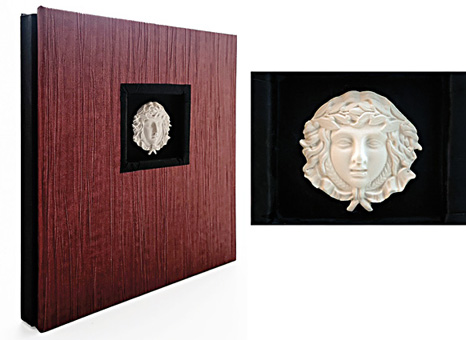 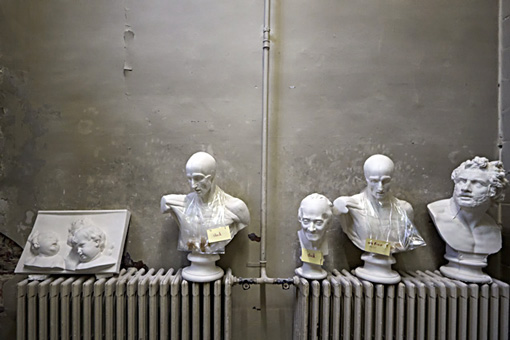 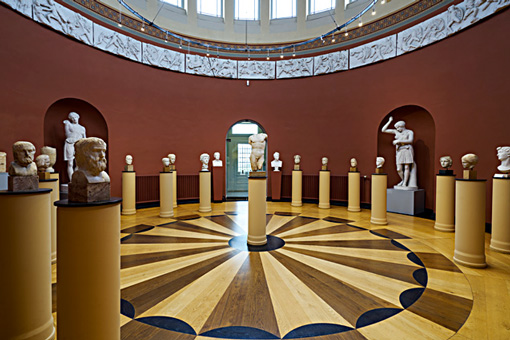 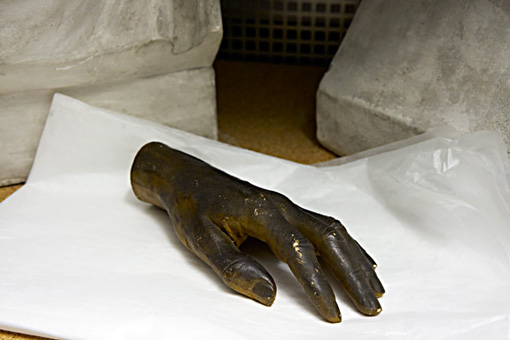 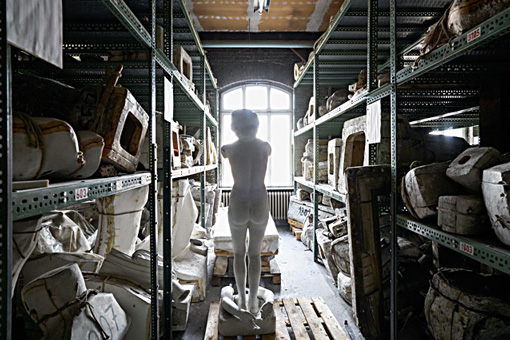 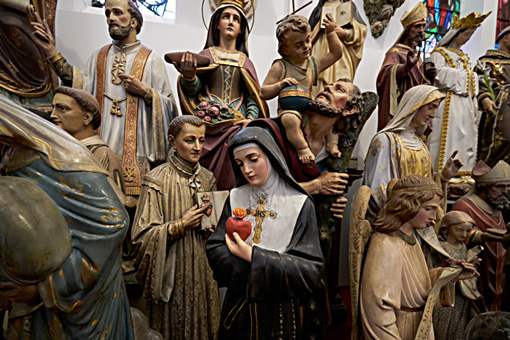 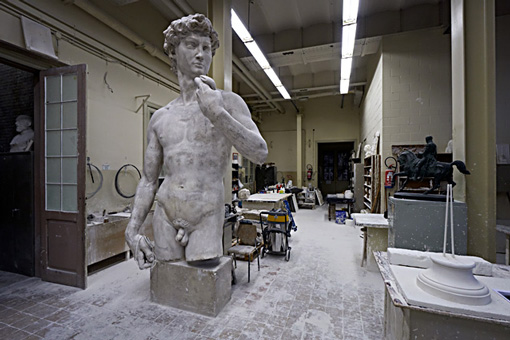 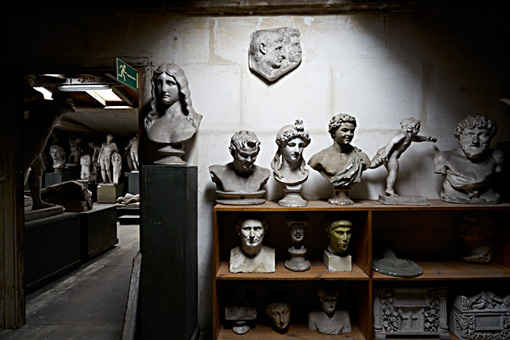 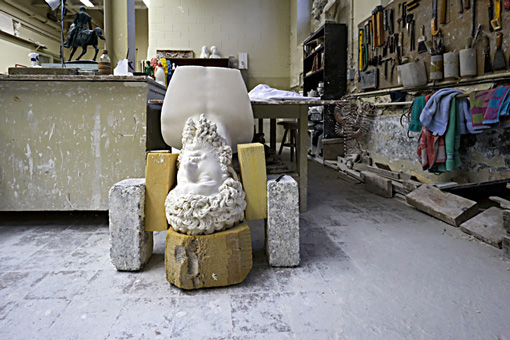 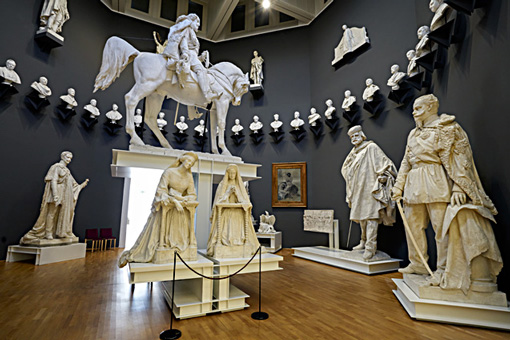 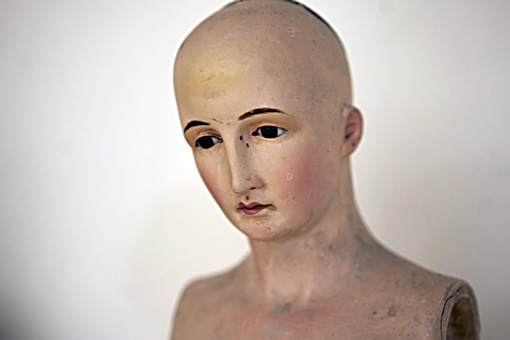 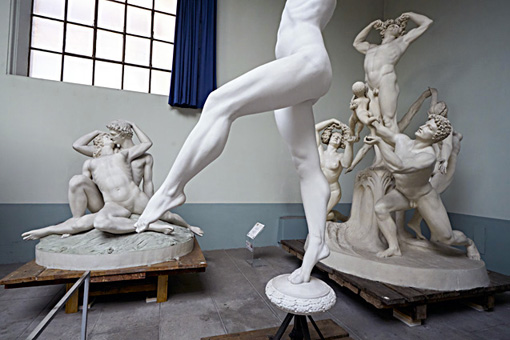 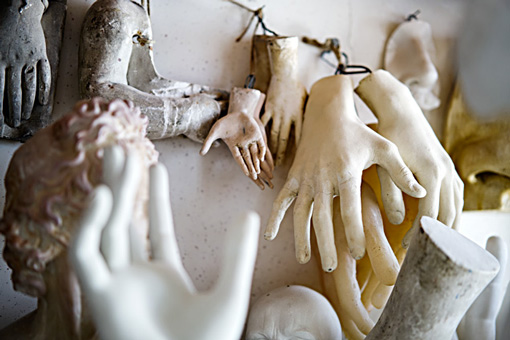 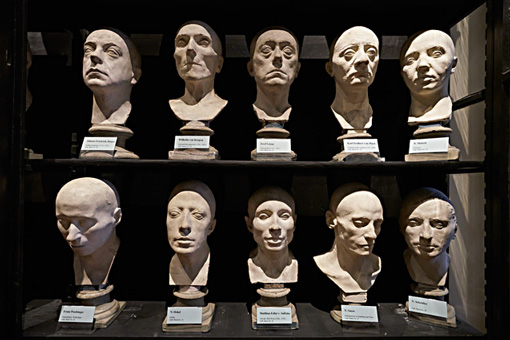 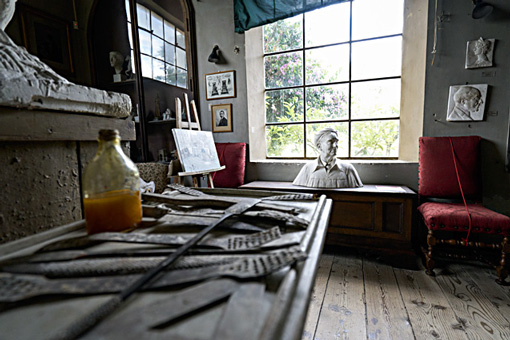 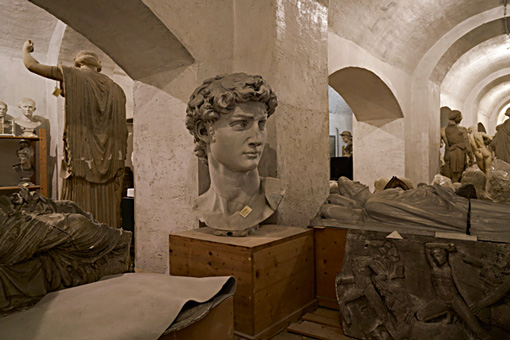 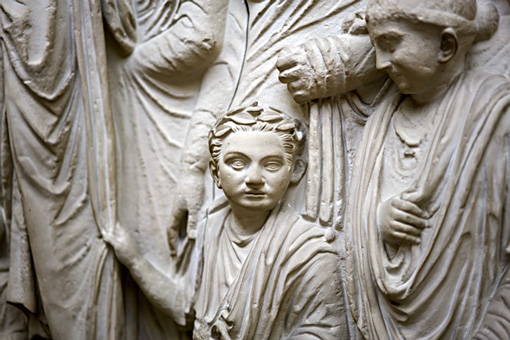 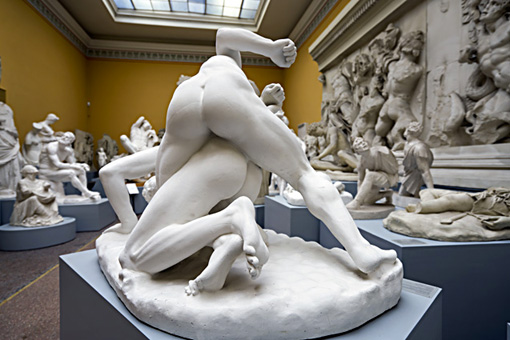 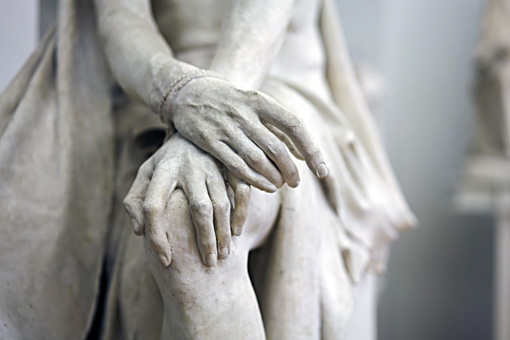 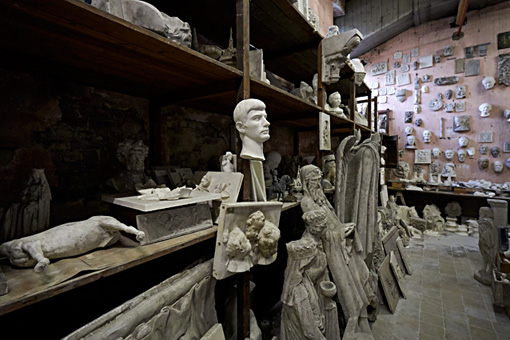 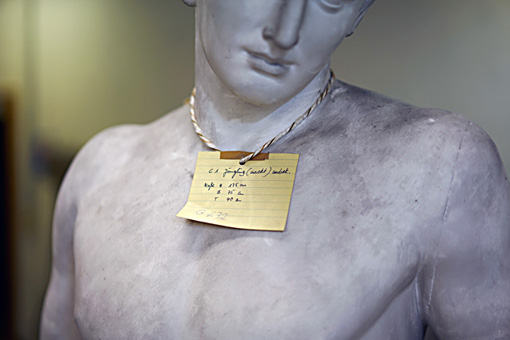 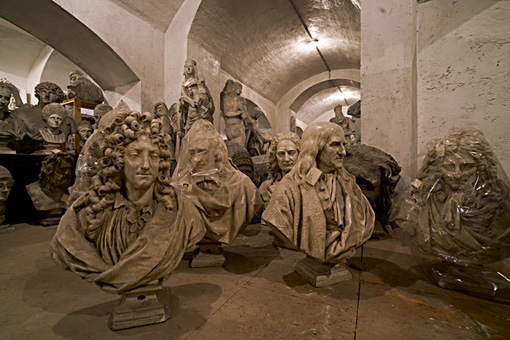 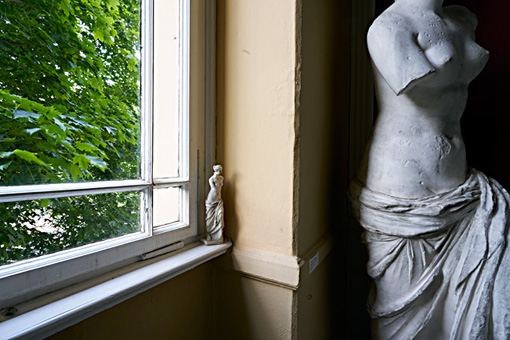